The 2022 season will be better than the previous one for the open-air segment, with Italy as the leading market and a (more or less marked) recovery in international demand. With a forecast of between 48 and 45.4 million nights spent – around 54% by Italians – and growth compared to 2021 volumes ranging from 8% in the best-case scenario to 2% in the worst-case one, the open-air segment in the Italian peninsula is preparing to confirm the positive trend recorded in 2021 (+38% compared to 2020), becoming increasingly consolidated in the current tourism scenarios. These are the encouraging signs that emerge from the forecasts for the national sector in the new edition of the Outdoor Tourism Observatory by Human Company, the Florentine group that is a leader in Italy in the outdoor hospitality sector, produced in collaboration with THRENDS, a company specialising in analysis and strategies in the tourism & hospitality sector.

A new scope and two scenarios

While the last edition in 2021 referred to the outdoor hospitality sector in the broadest sense of the term – including not only campsites and tourist villages, but also mountain huts and farm holiday centres – this year's analysis focuses on a more restricted scope, that of open-air travel and on campsites and camping villages as the reference accommodation facilities. This choice makes it possible to focus on the development of the segment, outline its trends and provide a demand forecast for summer 2022.

Starting from the current macro-economic scenario, influenced first and foremost by the war in Ukraine and complicated by a pandemic situation that is still uncertain, although on the road to normalisation, and using ISTAT and EUROSTAT sources for the history of the sector, the 2022 Observatory hypothesises two possible scenarios for open-air tourism: the resolution of the conflict by 15 May with a significant increase in the flow of visitors from Germany, Austria and Switzerland and from central and northern European countries or the continuation of the war with a consequent increase in instability, insecurity and a generalised state of alert.

The best-case scenario sees 48 million nights spent with a forecast growth compared to last year (+8%) and close to the pre-Covid results of 2019 (-14%), with a total expenditure generated of €2.55 billion against an average spend of €53 per guest per day. Against this backdrop, the Italian market stands at 26 million nights spent in campsites and camping villages across down only 5.2% on the pre-pandemic results of 2019. In the worst-case scenario hypothesized in the report, the estimated number of nights spent would stand at 45.4 million, marking a substantial standstill compared to last summer's levels (+2%) and with a more marked drop compared to 2019 (-18%) for an economic impact of €2.41 billion. In this case, it is the foreign market that slows down the number of nights spent, while the Italian market remains substantially stable at 25 million (+8% compared to 2021 and the same percentage but down on 2019). 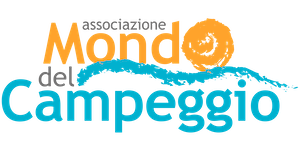